Whether you see some sort of octopus thing (like I do) or the Elephant Man or something else entirely (you’re sick), there is no denying that this is one weird carrot: 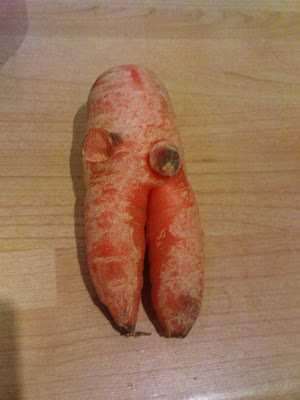 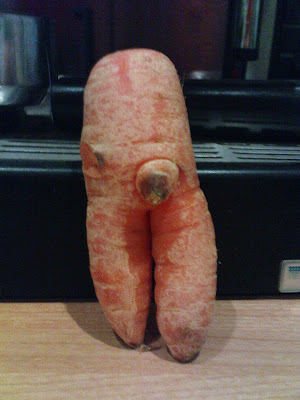 This is horrendously overdue, considering it's now November, but back in September we picked some stuff we had been growing over the summer. It took a while, but the cucumbers finally got big enough to be used for something. 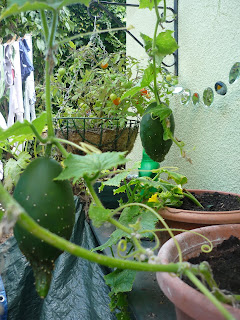 We also had a nice steady stream of tomatoes during August and September, which generally just got eaten raw or put in a nice and garlicky tomato and vegetable sauce for pasta - we never really had enough to do anything more long term with, but never mind. 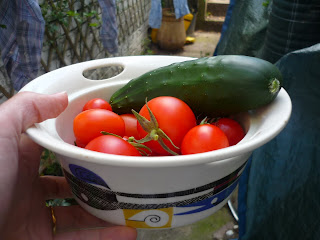 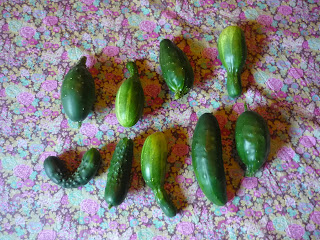 Here is our motley assortment of cucumbers, the bulk of our crop (we picked a few more at the end of September, and there were some left on the plants even then but nothing really happened with them as they stopped growing - good to know for next year).
They looked pretty tasty and tempting to eat raw, but they all had the same destiny: the pickle jar. The recipe we followed was taken from the incredible Scandinavian Cookery Bible that I bought whilst on holiday ... I went for the easiest looking recipe, which basically consists of chopping and pouring over a pickling mixture of vinegar, water, salt and sugar. 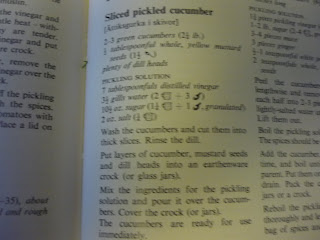 I had some help with the chopping while I tried to figure out what a 'gill' of water was in UK measurements. 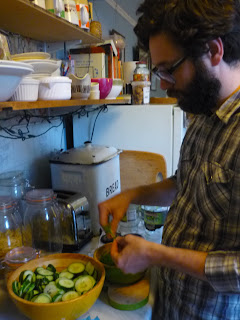 Then the sliced cucumbers were put in clean jars (which had once been the home of store-bought pickled gherkins). 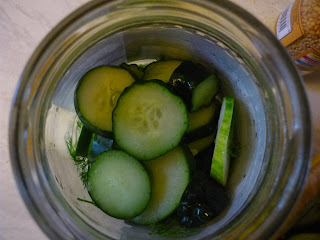 with alternate layers of dill and mustard seed (we added quite a lot more of both than the recipe suggested - just for kicks). 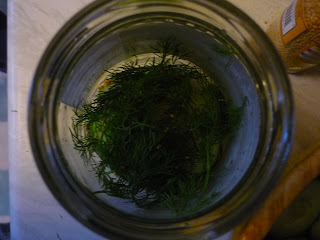 Then the liquid went over the top... 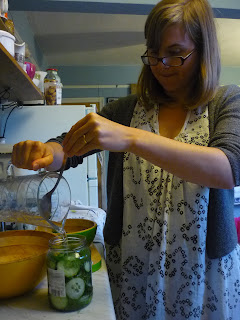 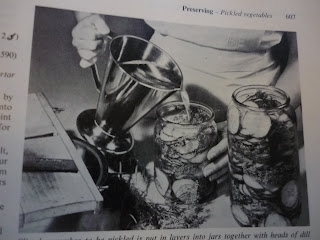 And here we have the product of our labours: 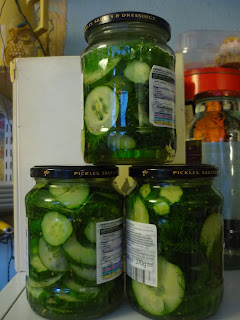 I have to admit to being slightly suspicious of the recipe and the mixture's ability to pickle, but I was totally wrong and the end result was better than I could have hoped for - salty and sweet, with a nice bit of residual crunch, and good for anything (I have particularly enjoyed them in cheese sandwiches). We have since pickled some cucumbers bought from the greengrocers (since the first batch didn't last that long). I think they will be a Donaldson fridge staple for a while to come.
I leave you with another good use for home-grown cucumbers: #1 - the false moustache 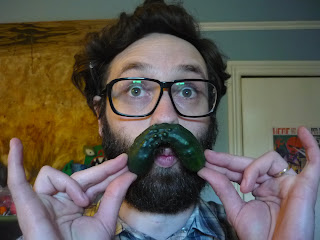 from Lucy Fife Donaldson No comments: