Some very dear friends of ours got married recently, and some of us were lucky enough to be invited. So we went. And lo, it was nice. But before that, Lucy and I went to Ottolenghi with some other friends - huzzah! 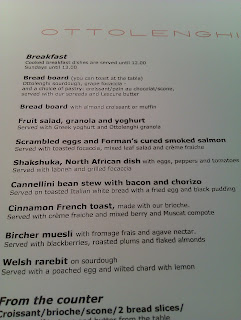 Lucy tucked into a suitably mustardy welsh rarebit, topped with a poached egg so handsome it should have been a European prince, accompanied by some kale. It didn't last long... 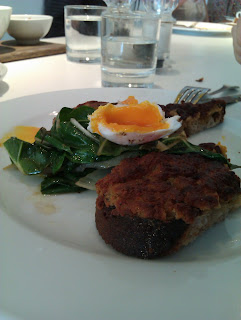 Naturally, I went for the biggest thing on the breakfast/brunch menu - the cannellini bean stew, featuring some pretty ace chorizo n bacon, plonked seductively atop some white toast and served with yet another amazing egg (fried), accompanied by (and this was the selling point) some bastardly brilliant black pudding! Yes! 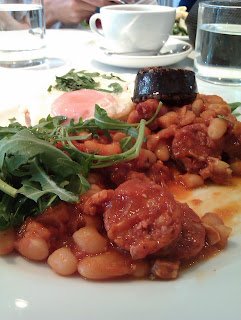 Obviously, we had a pretty good time. And so did our brunch companions, Willow and Anders, who definitely ate things, I just don't remember what they were. But just look at their pretty faces - does it look like they're not having a good time? 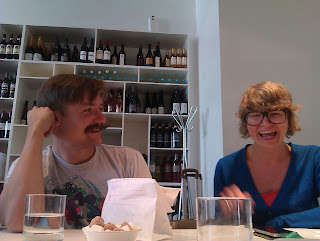 Exactly. Ottolenghi, we salute you. Oh, and Sam and Helena - congratulations x
from scott james donaldson No comments: 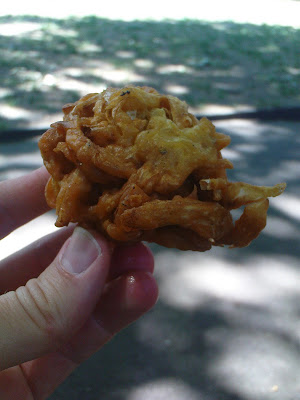