A little over a week ago I went to visit my good friend and fellow Sporkmeister (you bet I wrote that) Bob in little old London town. Bob will have you believe that he eats only biscuits and, having seen the inside of his fridge, I can confirm that this is frighteningly true. Why hasn't he died yet? Lord only knows. Anyhoo, while I was around, I made him stuff his big face like any normal person would, and I think he enjoyed it. The highlight of the weekend started off on a trip to Brick Lane and a visit to the endlessly awesome Beigel Bakery. If you've never been there, you're wasting your life. Exhibits A and B: 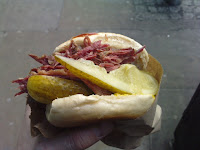 After all that excitement, it wasn't long before I needed a drink. And some lunch. I know that for some the bagel itself would've counted as lunch, but still. In the words of Gordon Gekko: Greed is Good. And I'm pretty sure he was talking about lunch when he said it too... Right? Anyway, after some shuffling around, we went to the mega-awesome Carpenter's Arms for a refreshing beverage, or five: 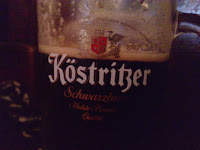 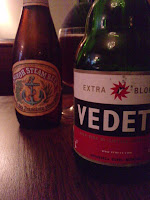 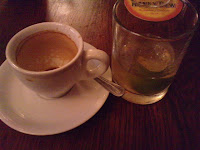 The Koestritzer was a new one on me, and I feel like I've made a friend for life. Vedett is always a winner, and it's nice to see things like the Anchor Steam Beer available, especially alongside so many other fine drinks. That Caribbean rum was pretty cheeky too. However, not wanting to let Gordon Gekko down (he wasn't there) we naturally had to have a bit of tuck, and this we did in style. Colchester Oysters, Escargot, and a very fine meat/cheese board were our weapons of choice, and we ate every last bullet. Right down to the, er, handle? I don't know. 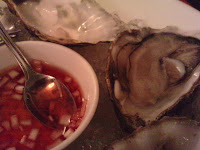 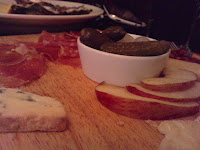 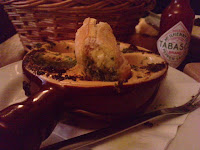 Stonking. Even old Biscuity Bob was having a whale of a time. Just look at him: 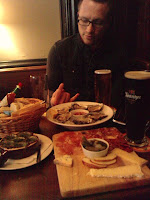 Ooh, the excitement. This was more food than he'd eaten all month. For real. For his is the wild life. Anyhoo, having dined like greedy fat kings, we toddered on down the road, stopping for drinks hither and thither in our effort to reach a late night whiskey bar who, by the time we got there, wouldn't let us in. Ah London town. You sure are a wild one.
from scott james donaldson