I would eat pasta every day twice a day for the rest of my life. You know, if I had to. I’m not Stanley Kubrick. Or whoever that director was who ate one dish every single meal until he was sick of it and then switched to another. My memory is failing me and so is the Internet, but I could swear I read it in the New Yorker. So if someone wants to read every issue from about 1996 to 2001 to check, I’d be very grateful.

Here is another pasta dish I ate about four months ago but I’d eat it again right this second if the farmers’ market was in town, even though I just had two enormous bowls of pasta and am feeling a bit sick: 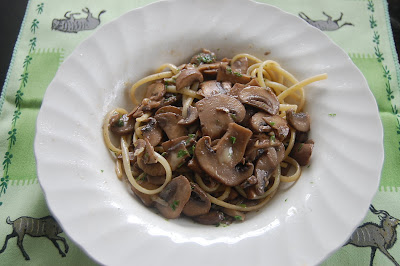 Where the heck did those place mats go? It’s like I’m on safari! In my house! Also there are mushrooms. 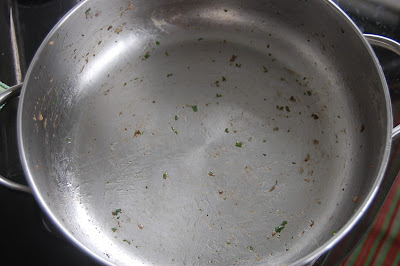 But not here! Because I ate them all! I really can’t remember what I did, since I just discovered that I ate this meal in September. But I probably sliced some garlic and sautéed it in some olive oil and then chucked in the sliced mushrooms until they were nice and done and then BAM! fresh parsley and lots of black pepper and parmesan. So good.
from Philip